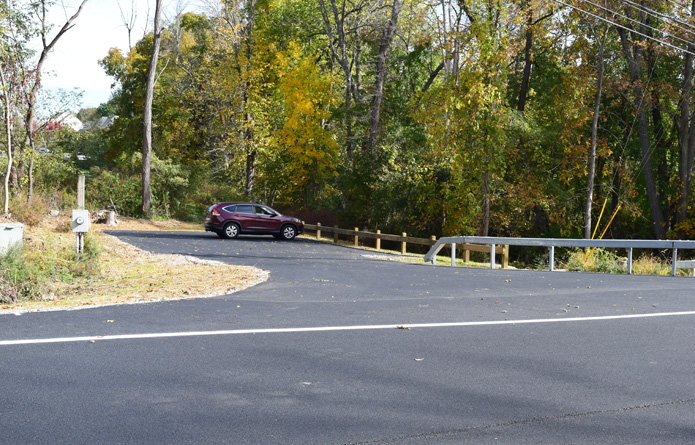 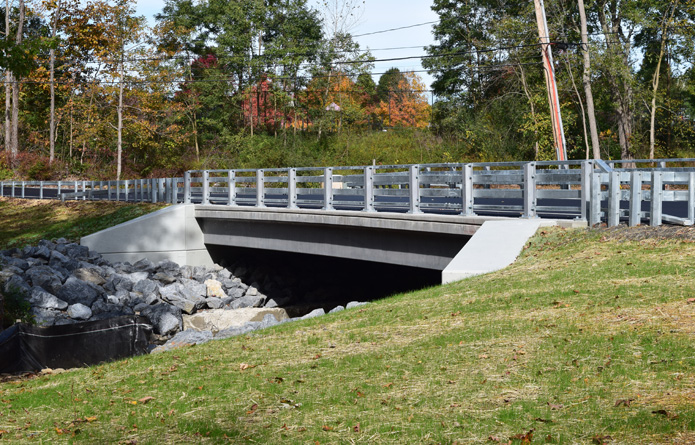 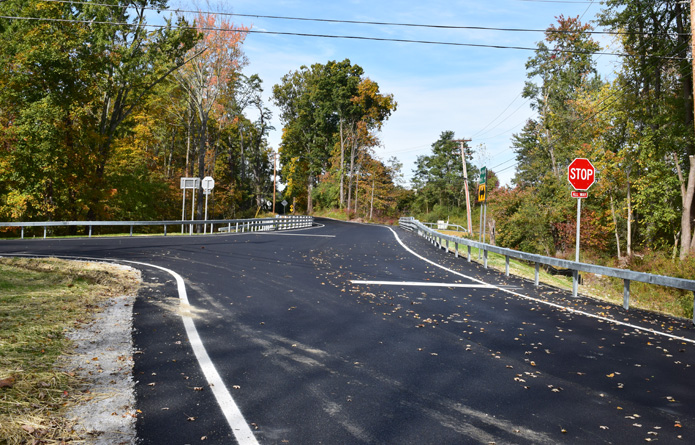 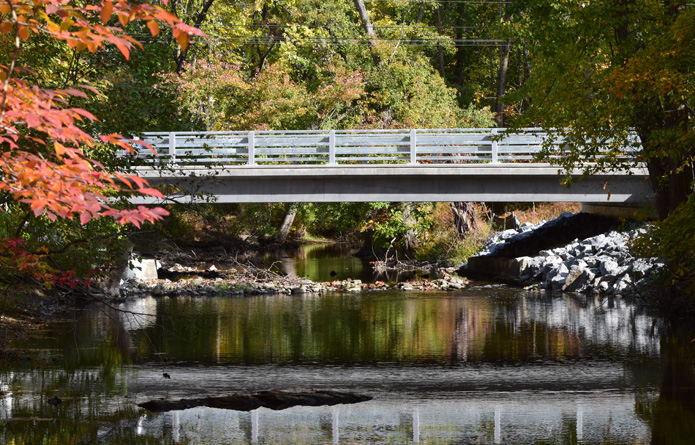 HVEA provided the preliminary and final design services, hydraulic modeling and environmental permitting and construction inspection services for the replacement of the former E-8 Bridge, which carries approximately 2,500 vehicles per day over the 2 lane Phillips Road over the Fishkill Creek.

Originally built in 1932, the former bridge was a 38’-6” jack arch bridge supported on cast-in-place abutments. HVEA designed a replacement bridge that utilized the existing wingwalls/abutments as cofferdams during construction. This allowed us to increase the width of the hydraulic opening, which was necessary as FEMA’s stream study indicated that the upstream end of the bridge was subject to pressure flow. Along with increasing the hydraulic opening width, the bridge and approach roadway was also raised to provide freeboard during large storm events.

HVEA also performed the construction inspection services for this project. A full closure was established which simplified construction and resulted in saving the County time and money.