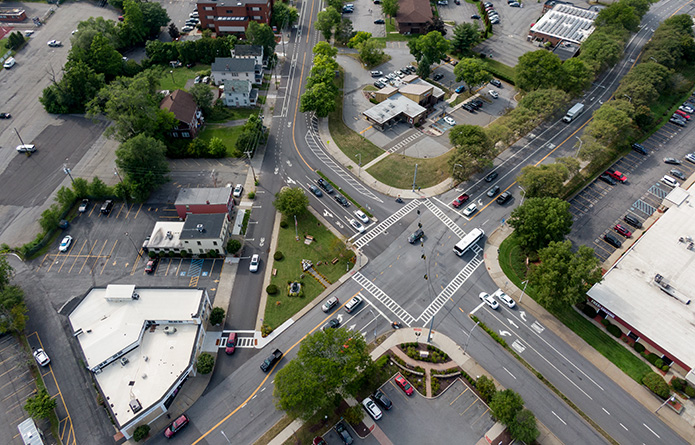 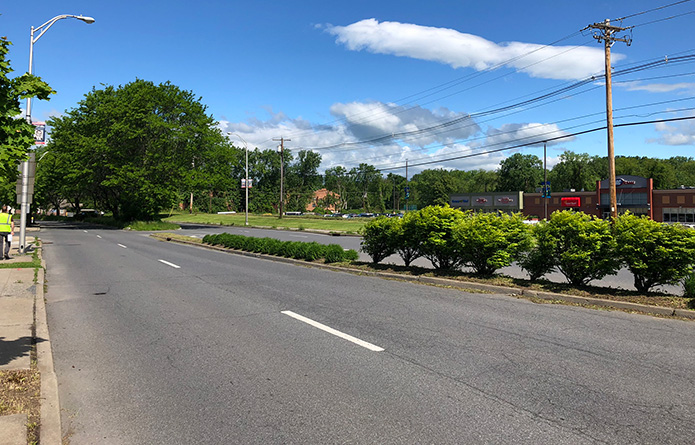 HVEA is providing design services to transform two separate corridors within the City of Kingston. The first is a complete street upgrade along Schwenk Drive and the other is intersection improvements on Clinton Avenue from John Street to Albany Avenue.

Schwenk Drive is a four-lane boulevard with various turning lanes and sidewalks on both sides of the road. Although there are sidewalks, safe, high visibility crossings are lacking, resulting in dangerous conditions for pedestrians. The design features a roadway diet, dedicated bicycle accommodations, ADA/PROWAG compliant sidewalks, mid-block crossings, bump-outs and aesthetic improvements.

To ensure the proposed roadway diet and other corridor improvements would function properly, extensive traffic analysis was performed. HVEA analyzed the existing conditions and the proposed conditions in Synchro and VISSIM modeling software to determine the impacts at the intersections and the corridor as a whole. These models were turned into video simulations that were used to show the public and the project advisory committee the issues with the existing corridor and that our proposed improvements will be beneficial to the community by creating a safe, pedestrian -friendly connection

Clinton Avenue is a two-lane urban center city street in Kingston’s Stockade Historic District. During peak hours, extensive delays occur between Albany Avenue and John Street. As a result of the traffic modeling, it was determined that by improving the existing signal at Albany Avenue and adding a signal to the John Street/Westbrook Lane intersection. The traffic model showed a significant reduction in delays. The signal improvements are paired with ADA/PROWAG compliant pedestrian crossings.